On behalf of Indonesia, I would like to thank the Special Rapporteur, Mr. Richard Falk, for his report and for his informative updates concerning the human rights situation in the Occupied Palestinian Territories.

We align ourselves with the statement of the OIC delivered by the distinguished delegate of Pakistan.

We note that the Special Rapporteur’s report focuses primarily on the main findings of the United Nations Fact-Finding Mission on the 2009 Gaza conflict and wish to reiterate from the outset that Indonesia fully supports this important and credible investigation.

May I also commend the Special Rapporteur in his perseverance and determination in attempting to access information from the relevant authorities and the Palestinian people on the ground.  The continuing refusal on the part of the Occupying power to grant him access to the Occupied Palestinian Territories, in violation of their obligations as a Council Member State, no doubt made this process extremely challenging,

Indonesia is deeply concerned by the findings of the investigation into “Operation Cast Lead” and believes that stronger measures should be taken to ensure the Occupying Power is thoroughly investigated and held accountable for war crimes under international humanitarian law.

As the report correctly states, it is illegal under international humanitarian law, to deliberately target civilians or to strike intentionally at protected buildings. Confining civilians to a densely populated area, such as Gaza, during a military attack and denying them access to a safe refuge is a blatant breach of the Geneva Convention.  From a humanitarian perspective, such brutality is simply inhumane and only serves to fan the flames of hatred in an already volatile area.

Over a year has passed since the Gaza conflict and we have yet to see any real form of justice for those affected or accountability for the actions of those responsible.  In the interests of ensuring the credibility of the Human Rights Council, there is an urgent need to implement the recommendation of the fact-finding report and for member states to call for more stringent action against countries which violate international law with impunity.

The Special Rapporteur also focused much attention of life in Gaza under the on going illegal blockade.  Indonesia joins the world in its outright condemnation of this blockade and was deeply disheartened by the findings of the report which state the humanitarian situation for the 1.5 million Gazans has worsened.  This blockade gives rise to the recent incident and deplorable attack on the Mavi Marmara

Collective punishment on a population is a flawed and dangerous policy and we call upon the Occupying Power to end the blockade of Gaza.

Finally, we reiterate our call to Israel for full implementation of the recommendations of the report of the UN Fact-Finding Mission on the Gaza conflict with respect to ensuring accountability for war crimes associated with operation Cast Lead, as recommended by the Special Rapporteur in this report.

Once again we thank the Special Rapporteur for shedding some light on this increasingly desperate situation and we urge all member states to take more of proactive stance in defending the human rights of the Palestinian people and in ensuring international humanitarian law is upheld and respected by all member States.

Mr. President, My delegation welcomes the high-level delegation of Oman and thanks them for the report. Indonesia welcomes the commitments taken by Oman to promote and protect human rights through, inter alia,  its national strategies for childhood, advancement of women and elderly persons as well as prioritizing the accession of the Covenant on Economic, Social… Continue reading 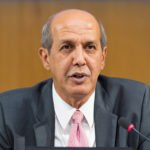 Check against Delivery  Statement by the Indonesian Delegation at the 21st Session of the Human Rights Council Agenda Item 3 Interactive Dialogue with Special Representative of the Secretary General for Children and Armed Conflict Geneva, 11 September 2012   Madame President, My delegation thanks Ms. Coomaraswamy, the outgoing Special Rapporteur, for her report, highlighting current… Continue reading 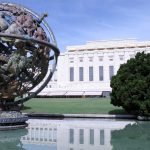