ASEAN Joint Statement delivered by H.E. Ambassador Dian Triansyah Djani at Interactive Dialogue with the Special Representative of the Secretary General on the Violence against Children and Special Rapporteur on the Sale of Children

I have the honour to deliver this statement on behalf of the Member States of the Association of Southeast Asian Nations, namely Brunei Darussalam, Cambodia, Indonesia, Lao People’s Democratic Republic, Malaysia, Myanmar, the Philippines, Singapore, Thailand and Viet Nam.

On behalf of the ASEAN, I would like to thank both the Special Representative of the Secretary-General and the Special Rapporteur for their informative and comprehensive presentations and for outlining the priority areas of their respective work.

No country in the world is immune from child abuse and terrible acts of violence against children. The ASEAN region is no exception and we continue to ensure the protection and promotion of the rights of every child remain key regional priorities.

High rates of poverty continue to afflict our diverse region.  Together with the challenges from mixed flows of migration in the region, children have become more vulnerable to and victims of physical, psychological and sexual violence. The protection of children from violence continues therefore to be a matter of increasing urgency for ASEAN governments.

In addition, a number of important initiatives have been established at the regional and sub-regional levels. In 1993, ASEAN adopted the Plan of Action on Children which provided the framework for regional cooperation on issues pertaining to the survival, protection and development of the ASEAN children.   In August 2001 the ASEAN Social Welfare Ministers signed the Commitment of Children in ASEAN to combat hunger, malnutrition, deprivation and poverty in the region.

And in ASEAN Summit in Vet Nam in 2010, the ASEAN Commission on the Protection and Promotion of the Rights of Women and Children (ACWC) was established to promote the well-being, development, empowerment and participation of women and children in the ASEAN Community building process.

This dedicated Commission is also crucial in promoting public awareness and education about the human rights of women and children and complements the ongoing work of the ASEAN Intergovernmental Commission on Human Rights (AICHR).  We very much appreciate and support further close cooperation between the ACWA and the Special Rapporteurs related in this issue.

It is no secret that the ASEAN region faces tremendous challenges in effectively monitoring and eradicating the sale and sexual exploitation of children and a number of steps have to been taken to improve the situation.

The 2004 ASEAN Declaration against Trafficking in Persons Particularly Women and Children was adopted in 2004 in Vientiane, Laos and expressed the urgent need for a comprehensive regional approach to prevent and to combat trafficking in persons, particularly women and children. This declaration resulted in the ASEAN Work Plan 2007 – 2009 which aimed to facilitate the exchange of information and experience on trafficking, strengthen regional and international cooperation to prevent and combat trafficking, and facilitate donor coordination.

In conclusion, may I once again reiterate ASEAN’s commitment to promoting and protecting the rights of our children. We believe that a regional approach can significantly contribute to the global efforts.  As a dynamic and united regional bloc, we are determined to further our national and regional progress on combating child violence and exploitation and in improving the quality of life and chances of a future for our children.

Statement by the Indonesian Delegation at the 15th Session of the Human Rights Council, Annual Discu...

Mr. President, Madame Deputy High Commissioner, Distinguished Panelists, My delegation would like to thank the panelists for their constructive inputs and observations today. We would also like to thank the Human Rights Council for seizing the initiative and pushing forward discussions on gender-related issues. We also align ourselves with the statements made by Viet Nam… Continue reading 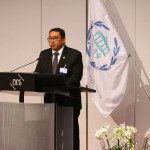 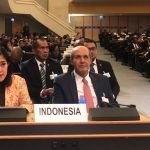