Opening Statement by H.E. Dr. R.M. Marty M. Natalegawa, Minister for Foreign Affairs of Indonesia, at the 13th Session of the Working Group Meeting on the UPR for Indonesia

Indonesia welcomes this 13th session of the Working Group Meeting on the Universal Periodic Review for Indonesia.

In our view, the Universal Periodic Review, building on and in synergy with similar processes at the national and regional levels, is an important mechanism for strengthening efforts to foster the values of democracy and human rights; to take stock and make progress in the field of human rights.

For this purpose, last February Indonesia submitted its National Report.

Its formulation involved various ministries and government agencies, including local governments in different parts of the country.

Most of all, the Report is the product of cooperation amongst a wider stakeholders, including human rights institutions and civil society organizations.

Indeed, in our view, such inclusive process in the drawing up of the report is critical in imparting it with a sense of broad ownership.

Since the last time we presented a report to this forum in 2008, prior to the first cycle of our Universal Periodic Review, we have made considerable and important progress in the field of human rights.

We are only too aware that much is expected of us.  Not only by the international community, which has demonstrated strong support for Indonesia’s democratic transformation but, above all, also by our own people.

Thus, progress in the consolidation of our democracy and in the promotion and protection of human rights is a must.

In this connection, we are cementing together the building blocks of democratic and human rights institutions. Central to this, is an effective system of checks and balances.

Of course, like any other country, the realization of such a vision is not totally free of challenges.

Our response is a “democratic” response:

we remain steadfast in respecting and upholding freedom of religion, association and expression;

we remain committed to ensuring that the mass media and labour unions, our political parties and civil society organizations continue to flourish in freedom;

and we remain consistent in ensuring an independent judiciary, as a key pillar in our democratic transformation.

Through such efforts and imbued with such commitments, constantly and continuously nurtured and advanced, human rights promotion and protection can be ensured.

To complement our National Report, on this occasion I wish to share how we fulfil our commitment to promote human rights at the national, regional and global levels.

At the national level, our efforts to promote and protect human rights are focused on three areas:

First, we continue to strengthen our legislative frameworks in the field of human rights.

Since 2008 we have adopted and enacted a good number of laws and regulations to further promote and safeguard human rights.

Laws on freedom of expression, elimination of racial and ethnic discrimination, and trafficking in persons, among others, have been passed and are being implemented.

Earlier this month, we also ratified the International Convention on the Protection of Rights of All Migrant Workers and Members of Their Families. Firmly committed to ensuring the welfare of our migrant workers, we will take active part in the global campaign for the universal ratification of this Convention.

Further, we are about to complete the ratification of the Optional Protocols of the Convention on the Rights of the Child on the involvement of children in armed conflict, and on the sale of children, child prostitution and child pornography. The Bills on the ratification of these two Optional Protocols have been submitted to Parliament. We expect them to be ratified soon.

We are also in the process of ratifying the Convention for the Protection of All Persons from Enforced Disappearances which Indonesia signed in 2010.

All these demonstrate our full commitment to strengthening our legislative frameworks in the field of human rights.

Second, we continue to develop our institutional frameworks for the protection and promotion of human rights—both at national and sub-national levels.

The Action Plan is our national blueprint for promoting and protecting human rights. It provides a solid platform at both national and sub-national levels for the mainstreaming of human rights issues.

One of the new components of our Action Plan is the establishment of public complaints services. Through this instrument, the public can directly lodge complaints, express concerns and also suggest ideas on how their human rights can be promoted and protected.

It will complement the National Commission on Human Rights and our Ombudsman in advancing the cause of human rights in Indonesia.

Third, we consistently strengthen our collaboration with all relevant stakeholders in the promotion and protection of human rights.

We work hand in hand with our vibrant civil society and the free mass media in advancing human rights.

Two of the Rapporteurs are scheduled to visit Indonesia in 2013.

Our role in promoting and advancing the human rights agenda at the regional level continues to advance.

Not without coincidence, Indonesia’s democratic transformation over the past 14 years has been paralleled by change within the Association of Southeast Asian Nations (ASEAN).

In 2003, while undergoing internal reform, Indonesia, as then Chair of ASEAN, introduced the concept of an ASEAN Community that is fully committed to democratic values and the promotion and protection of human rights.

Since then, ASEAN has adopted its Charter, by virtue of which the member states committed themselves to democratic values and to the promotion and protection of human rights.

Today, ASEAN has a fully functioning ASEAN Interregional Commission on Human Rights (AICHR) and a Commission on the Rights of Women and Children.

During our chairmanship in 2011, ASEAN continued its efforts to advance the human rights agenda. We are formulating an ASEAN Human Rights Declaration, which we hope to be adopted this year. This important Declaration will provide a strong framework for the ASEAN Intergovernmental Commission on Human Rights (AICHR). It will also serve as a common reference for all ASEAN member countries in advancing our cooperation in the field of human rights.

Reaching out beyond our immediate region, as part of the effort to create conditions conducive for the promotion and protection of human rights, Indonesia in 2008 launched the Bali Democracy Forum (BDF).  It has also established an extensive network of bilateral cooperation and dialogue in advancing the human rights agenda.

At the same time, we in Indonesia believe that it is just as important to promote democracy and human rights at the global level.

At the United Nations General Assembly, we are at the forefront of efforts to promote democratic and human rights values.

Moreover, as the country with the largest Muslim population, Indonesia has also worked hard for the establishment of the Independent Permanent Human Rights Commission within the Organization of Islamic Cooperation. It held its inaugural meeting in Jakarta on 20-24 February 2012.

This independent body will serve to advance human rights in OIC Member States. It will thus accentuate the compatibility of Islam with human rights and democracy.

Indonesia will make every effort to ensure the credibility and the effectiveness of the Commission.

Also at the global level, we speak and act consistently in support of the promotion and respect of economic, social and cultural rights – rights which are so critical to much of humanity in the developing world.  This entails, among others, steps to ensure a more inclusive and representative global economic governance.

We are mindful that the promotion and protection of human rights is a continuing process.

Like other democracies, well-established as well as those in transitions, we are conscious that the promotion and protection of human rights in Indonesia is not without challenges.  Not least, of the reality that while democracies bring freedom, it can also provide openings for extremists to exploit the democratic space for their own gains. Often, totally alien to  democratic principles –  promoting religious intolerance and triggering communal conflicts.

For a country like Indonesia, given its size and diversity, the challenges are multiplied over.

Yet, we have strong conviction that the voices of reason and moderation can and, indeed, must prevail.  To do so, it is vital that we speak as one. Objectively acknowledging where gaps and shortcomings are still prevalent; however, most important, giving encouragement and support to  good-faith efforts to push back evidence of intolerance.

Indonesia’s democracy continues to consolidate and to mature. And, by working together with this Council, we seek to make substantial progress in the promotion and protection of human rights.

We look forward to engaging in a constructive dialogue with this august council. 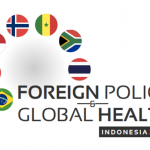 Statement Delivered by Indonesia on the Informal Conversation on Draft PRST on Covid-19, 8 May 2020

I thank Madame President, and through you I also thank members of the Bureau, for the initiative, the compilation of inputs and for organizing this meeting. We are indeed in unprecedented situation that requires unprecedented response by the Council while respecting the Council’s work. We deemed it of utmost importance for the Council to make… Continue reading 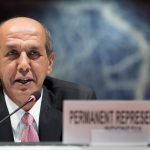 Statement By The Delegation Of The Republic Of Indonesia WTO Committee On Trade And Development – ...

Thank you, Mr. Chairman. My delegation would like to convey its appreciation for the convening of the Workshop on Monitoring and Evaluation of Aid for Trade this morning. We believe that the issue of monitoring and evaluation deserves a comprehensive discussion, in particular with regard to the constraints or difficulties that we may still be… Continue reading