Statement of the Delegation of the Republic of Indonesia to be delivered by Mr. Wisnu Widjaja, Deputy for Rehabilitation and Reconstruction, National Agency for Disaster Management

Madame Chairperson,
Allow me, on behalf of my delegation, to congratulate you for assuming the role of the Chair for this important meeting. We strongly believe that, under your able leadership, we will have a successful Preparatory Committee meeting which will create a sound foundation for the convening of the Third UN World Conference on DRR, to be held in Sendai, Japan, on March 2015. Through you, I would also like to congratulate all members of the Bureau.

My delegation also thank the Secretariat, led by SRSG Margareta Walhstrom, for preparing all substantive and logistical preparation of the meeting. In particular, we thank the Secretariat for formulating a document entitled “Suggested elements for the post-2015 framework for DRR”. We consider the document as an important document that can assist delegations in the considerations on the post-2015 framework (Hyogo Framework for Action 2).

My delegation would like to register our support to the common statement from ASEAN Countries, delivered by the Distinguished Delegates of Myanmar. In addition, allow me to add several additional issues that hopefully might positively contribute to our discussion.

For our delegation, it is a matter of principle that our current deliberation should always be connected to the current HFA. We are of the view that the next framework for action should be based on the best practices of the implementation of the HFA. In this regard, we welcome various progress achieved by all Member States in implementing several Priority of Action under the HFA, in particular those connecting to strengthening countries’ institutional, legislative and policy frameworks, early warning, as well as disaster preparedness for response.

At the same time, it is also important to note that there is still a need to do more in Priority for Action 4 on reducing the underlying risk factors and tackling the causes of risk creation. It is our fervent hope that we will allocate sufficient time to discuss this issue with a view to find the root causes of this hampering condition. There should be measures taken in order to address this issue, either caused by lack of political will or lack of capabilities to implement that priority.

It is also imperative to note that the key success factor for the current HFA is that the HFA provides a clear guidance for countries in conducting self-assessments mechanism. In addition, HFA also clearly indicates that the success of the implementation of the framework needs full collaboration among government, parliamentarian, civil society, as well as private sectors.

At this stage, we would like to briefly highlight several points that might be considered to be incorporated in the HFA 2, among others:

My delegation will gladly elaborate those 5 elements during our interactive discussion during this Preparatory Meeting. It is also our intention to hear and learn more from other delegations on their view connected to the ideal form and content of the HFA 2 to be adopted during the Sendai Conference on 2015.

Mr. President, My delegation would like to thank the Delegation of Belgium and thank them for their report and its continued engagement in the UPR Process. We note with appreciation the measures taken by the Government of Belgium in combating racism, extremism and xenophobia, at all levels of the Government, as well as in protecting… Continue reading

Mr. President, My delegation would like to welcome the delegation of the United States and thank its members for their comprehensive report. My delegation notes positively the US UPR national report, touching on the US government’s commitment to freedom, equality and dignity, freedom of expression, association and political participation. Indonesia commends the fact that such… Continue reading

Mr. President, Allow me, like others,  to also congratulate the newly elected President of the Human Rights Council, the distinguished Ambassador of Thailand, H.E. Mr. Sihasak Phuangketkeow, a commendable diplomat and a fellow Asian with distinctive and honorable career, as well as the Ambassadors of Angola, Cuba, Norway and Slovakia as Vice-Presidents respectively. We wish… Continue reading 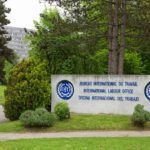 Thank you, chair. We appreciate the hard work of your team and the Secretariat in facilitating the requests made by member states at the first meeting of the Working Group, particularly on the development of the informative Dashboard of COVID-19 related recommendations, as well as the preliminary analysis from the COVID-19 related recommendation mapping. We… Continue reading