No State stands alone in the fight against torture. When the Convention against Torture Initiative today concluded its first annual Forum, the message from Government representatives from all parts of the world was clear: Through a new concerted approach of inter-State cooperation, the CTI is likely to achieve its goal of universal ratification of the UN Convention against Torture and see a significant reduction to the use of torture within the next ten years.

Geneva 3 September 2014. The first Forum of the Convention against Torture Initiative (CTI), held today in Chavannes de Bogis, on the outskirts of Geneva, brought together high level government representatives of 18 countries from all regions of the world and leading UN experts to discuss solutions to Governments’ challenges in the fight against torture.

The Forum was opened by the Secretary General of the Ministerial Delegation on Human Rights of Morocco, Mr Rouwane Abderrazak and the UN Deputy High Commissioner for Human Rights, Ms Flavia Pansieri.

Today’s constructive and forward-looking interaction between participating governments and UN experts strongly confirmed the added value and the future potential of the initiative as:

Ø A forum for government and experts facilitating new connections, knowledge sharing, exchange of best practices and expertise across regions.

Ø A vehicle to publicly highlight the good work and progress being achieved by individual governments on torture prevention.

Ø A facilitator of technical assistance to governments in relation to ratification and implementation of UNCAT.

The five countries spearheading the initiative – Chile, Denmark, Ghana, Indonesia and Morocco –attribute the positive reception to a number of factors. The Secretary General of the Ministerial Delegation on Human Rights of Morocco, Mr Rouwane Abderrazak, explains:

“A unique feature of this Initiative is that it is driven by Governments and for Governments with a truly collaborative approach. Our idea is to support each other, finding solutions to challenges we share, but that we right now tend to deal with on a national basis without seeking experience and advice from our peers.”

The Permanent Representative of Denmark to the UN in Geneva, Ambassador Carsten Staur, stresses the pragmatic and constructive approach to the daunting task of abolishing the practice of torture:

“None of us pretend that we have no homework to do when it comes to implementing the Convention against Torture. We recognize that this is hard and sometimes difficult work. And that we rarely get very far by just pointing at each other’s shortcomings. With this initiative, we take a constructive approach and ask: what can we do to help each other?

The Permanent Representative of Ghana to the UN in Geneva, Ambassador Sammie Eddico, points to the importance of the cross-regional nature of the initiative:

“We have many examples in the Human Rights Council of progress being stalled by conflicting issues. It is through cross-regional initiatives like this that we can really hope to push the agenda. It is uplifting to see how, through CTI, governments from all parts of the world come together to find ways of cooperating towards a shared vision of abolishing the practice of torture.”

Both Chile and Indonesia highlight CTI as a link between the normative and monitoring work being done in Geneva and the actual work of governments at national and regional levels to improve human rights conditions in their own countries and regions.

“CTI creates a direct line between our promises and declarations in Geneva to the more concrete and more important legal and implementation work in our own countries and regions. Ratification is a necessary step; espousing our commitment is a must.” (Permanent Representative of Chile to the UN in Geneva, Ambassador Marta Maurás)

“Each of the five countries behind the CTI will enhance cooperation with countries in their own region to promote ideas and concepts of CTI taking into consideration the specific needs of each region. This is how we will achieve real impact.” (Deputy Permanent Representative of Indonesia to the UN in Geneva, Ambassador Edi Yusup)

Alongside government representatives, key UN experts such as the Deputy High Commissioner for Human Rights, the Special Rapporteur on Torture and the chairs of the Committee against Torture and the Subcommittee on Prevention of Torture, participated in the Forum discussions. “States should see ratification as the start of a process which brings them into compliance with obligations over time, through the mechanisms described in the Convention, and the CTI is an excellent platform to assist States take the necessary steps to join in and to achieve universal ratification of the Convention”, said Claudio Grossman, chairperson of the UN Committee against Torture.

The Forum discussions focused on identifying not just the obstacles to ratification, but also to the practical implementation of the Convention, how governments can help each other to overcome these challenges, and on strategies to move the CTI forward.

Chile, Denmark, Ghana, Indonesia and Morocco will brief all UN member states, relevant experts and NGO’s about the Convention against Torture Initiative during the upcoming 27th session of the Human Rights Council in Geneva. A high level CTI side event will also be organized in New York during the 69th session of the UN General Assembly.

STATEMENT BY THE DELEGATION OF THE REPUBLIC OF INDONESIA ANNUAL FULL DAY MEETING ON THE RIGHTS OF T...

Mr. President, Indonesia is fully committed to the promotion and protection of children, as all 17 SDGs touch on the lives of children and 13 of them are particularly relevant to children. For Indonesia, SDGs provides another opportunity to continue integrating child perspective within the  national development agenda. Through SDGs, Indonesian government is tasked to… Continue reading 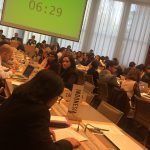 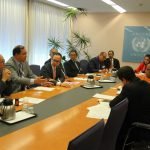 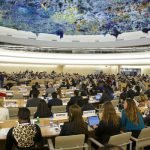 Mr. President, Indonesia would like to align itself with the statements delivered on behalf of NAM, OIC and LMG. After all of the deliberations made by the UN Human Rights Councils, the Palestinian people remains and continues to experience tremendous sufferings to this day. This does not only question the effectivity of the effort to… Continue reading

Statement by H.E. EDI YUSUP Deputy Permanent Representative of Indonesia on the 21st Session of the ...

Mr. President, My delegation warmly welcomes the delegation of Lao PDR, headed by. H.E. Phongsavath Boupha, Minister/Head of the President’s Office, Chairman of National Steering Committee on Human Rights, and thanks them for the report. Indonesia appreciates the commitment and efforts of Lao PDR to advance a state governed by the rule of law and… Continue reading