My delegation would like to thank the delegation of the Federated States of Micronesia, for the presentation of their national report and continued engagement in the UPR process.

Indonesia commends the Government of Micronesia for their progress since the 1st UPR cycle, in particular on the signing of the Convention on the Rights of Persons with Disabilities, the enactment of the Trafficking in Persons Act, and the approval of the Nation Wide Integrated Disaster Risk Management and Climate Policy.

Indonesia also welcomes the steps taken by the Government of Micronesia in protecting and promoting the rights of women and ensuring gender equality through the submission of its CEDAW country report in June 2015. In addition, we also note of the measures taken in addressing violence against women and the increased representation of women in leadership and decision making positions, at the local and national level. And therefore, support the development of a National Gender Policy.

We acknowledge  the challenges and constraints faced by the Government of Micronesia in advancing development and human rights due to its dispersed geographical layout, lack of human resources and infrastructure, as well as being affected by climate change and disaster risks. However, my delegation is of the view that the ratification of core international human rights instruments will further strengthen the human rights framework in Micronesia. In this regard, Indonesia recommends the Government of Micronesia to redouble its efforts for the ratification process of the International Covenant on Economic, Social and Cultural Rights and the International Covenant on Civil and Political Rights.

Indonesia also takes note of the cross-sectorial cooperation among government agencies and organizations in actively addressing human rights issues, such as the Gender Development and Human Rights Office Desk. We recommend Micronesia to strengthen its efforts in establishing a national human rights institution in accordance with the Paris Principles.

To conclude, Indonesia would like to offer its best wishes to the Government and people of Micronesia in their future endeavors towards the promotion of human rights at all levels.

* The statement was delivered by Mr. Caka A. Awal

Statement by the Indonesian Delegation at the 8th Session of the Working Group on the Universal Peri...

Mr President, I would like to thank the Delegatio of Kuwait, headed by H.E. Dr. Muhammad Muhsin Al-Afasi, Minister of Social Affairs and Labour for their national report. Indonesiawould like to commend the progressive nature of the government’s efforts in the promotion and protection of human rights in Kuwait.The 1962 Constitution embodies a full range… Continue reading

Statement by H.E. Mr. Desra Percaya, Charge d’Affaires of the Permanent Mission of Indonesia, at t...

Mr. President, Indonesia is increasingly concerned about the escalation of tensions in Cote d’Ivoire. We are deeply alarmed by reports of abductions, illegal detentions and extrajudicial killings and reiterate our calls for all concerned parties to put an immediate end to all human rights violations and put the peace and prosperity of the country before… Continue reading 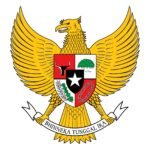