Ambassador Hasan Kleib conveyed Indonesia’s appreciation for the great works delivered by South Centre in pursuing the betterment and progress of developing countries. South Centre has always been responsive to policy advice and technical support requests from regional groupings such as G-77 and China, Non Aligned Movement, and the former G-15. Indonesia as one of the founding states of the South Centre is convinced that the South Centre could continuously play a constructive and significant role in helping developing countries strengthening their efforts and expertise to promote their common interests in the international arena. “It is a small organization but works efficiently and effectively”, the Ambassador said.

Indonesia itself has experienced several fruitful projects with the South Centre. In 2015, a Memorandum of Understanding (MoU) was signed between the South Centre and the Policy Analysis and Development Agency of the Indonesian Ministry of Foreign Affairs (MFA) highlighting the exchange of experts and joint activities. Since 2016, the South Centre and Indonesia has jointly organised the “Annual Forum of Developing Country Officials on Tax Policies and International Tax Cooperation”, the latest was held in Yogyakarta on 25-27 April 2018. Ambassador H. E. Hasan Kleib welcomes any further cooperation between Indonesia and the South Centre.

Furthermore, taking into account that the South Centre was established based on the “South-South Cooperation” idea, Ambassador Hasan Kleib encouraged South Centre to support the implementation of “Triangular Cooperation” where developed countries can join the cooperation. This is to ensure that the provision of fund, knowledge sharing and collaboration between different actors may bring the utmost benefits of the cooperation. Indonesia has seen the success of a great deal of triangular cooperation in the past. One of them was the Indonesia triangular cooperation on technical and vocational education and training for the countries in Southeast Asian Region.

In further discussion about the works of South Centre, Dr Carlos Maria Correa explained that for many years the South Centre has conducted countless research and policy analysis aimed at protecting and promoting the development interests of developing countries in various international issues such as trade, investment, human rights, intellectual property, climate change and health. The South Centre helps the countries of the South to develop common points of view and to work together on major policy issues, and also responds to requests for policy advice and for technical support from groups of the South such as the Group of 77 (G-77) and China, and the Non-Aligned Movement (NAM).

Dr Carlos Maria Correa also praised Indonesia’s leadership in many international fora, specifically he acknowledged Indonesia’s success in chairing the Committee on Development and Intellectual Property of WIPO, where all member states reached an agreement on all pending matters and also on the plan to hold an international conference on development and Intellectual Property in 2019. With the experience, capabilities and resources, he also believes that Indonesia can contribute significantly to find solutions for the issues of Traditional Knowledge and Genetic Resources which has been in a deadlock for many years.

Right of Reply Delegation of the Republic of Indonesia to the statement made by Vanuatu, February 20...

Mr. Vice President, 1. We wish to exercise our right of reply to the statement made by the delegation of Vanuatu who regrettably, has made false and unsubstantiated remarks about my country. 2. We especially reject Vanuatu’s unfounded allegations, supporting the narrative of those who want to damage the sovereignty and territorial integrity of the… Continue reading 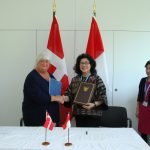 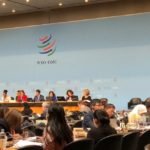