Today, 26 November 2021, the Permanent Mission of the Republic of Indonesia in Geneva received a notification from the UN Special Procedures Branch regarding the publication of the news release by the Special Rapporteur on the Situation of Human Rights Defenders, regarding the case of Fatia Maulidiyanti and Hariz Azhar, as well as the case of Egi Primayogha and Miftachul Choir.

1. The Government of Indonesia unequivocally rejects the Special Rapporteur’s attempt to misrepresent the 2 (two) cases raised in the news release as attempts to use prevailing laws and regulations to stifle the freedom of expression and to target civil society in Indonesia.

2. The cases raised in the news release are purely matters of legal dispute between Indonesian citizens exercising their legitimate legal rights.

3. Indonesia is a country based on the rule of law, whereby the Government of Indonesia respects and protects the principle of equality before the law for all Indonesian citizens.

5. The Government of Indonesia urges the Special Rapporteur to refrain from continuing her practice of megaphone diplomacy, directed towards furthering her own personal interests, without duly taking into account her mandate comprehensively.

6. Indonesia is committed to advance democracy and the promotion and protection of human rights – including the rights of human rights defenders, as well as safeguarding a robust civil society, at the national, regional, and global levels.

Mr. President, Indonesia thanks the Working Group and the Independent Expert for their reports. We take note of Ms. Kornfeld-Matte’s report which highlights the needs and challenges of autonomy and care of the elders as well as their potential contribution to the functioning of society if adequate guarantees are in place. For further work, we… Continue reading 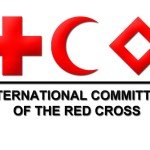 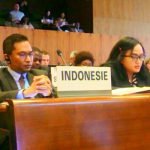 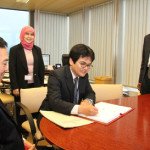 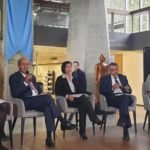