STATEMENT OF THE DELEGATION OF THE REPUBLIC OF INDONESIA AT THE INTERACTIVE DIALOGUE WITH THE SPECIAL RAPPORTEUR ON THE SITUATION OF HUMAN RIGHTS IN THE OCCUPIED PALESTINIAN TERRITORIES OCCUPIED SINCE 1967, GENEVA, 25 MARCH 2022

1. Indonesia condemns, in the strongest terms, the continuing violations carried out by the Occupying Power, targeting civilians throughout the Occupied Palestinian Territory.
-> Characterized by the constantly increasing violence and injustice that Israel is employing to sustain its occupation.

2. Indonesia is also gravely concerned with the illegal expansion of settlements; and the demolitions and seizures of Palestinian‑owned structures across the occupied West Bank, including East Jerusalem.

3. In this connection, Indonesia unreservedly condemns Israel’s flagrant violations of international human rights and humanitarian law, perpetrated and sustained through its inhumane and apartheid policies towards the Palestinian people.

4. Israel’s systematic oppression has led to the denial of rights of millions of Palestinian civilians.

5. For this, the international community must call Israel into account with the same fervor as it has for other human wrongs, in the past, as well as in the present.

6. My delegation welcomes your compelling analysis on the question of whether Israeli rule over the Occupied Palestinian Territory constitutes as apartheid…
-> To which you concluded, after extensive scrutiny, that the situation indeed “satisfies the prevailing standard for the existence of apartheid”.

8. Apartheid has absolutely no place in today’s world…
-> All of us, therefore, have the duty to bring this human wrong to an end.

Mr. President, At the outset, I would like to join others in congratulating you on your assumption as the President of the 7th Biological Weapons Convention Review Conference. I am confident that under your able guidance, we will be able to arrive at successful deliberations, and I can assure you my delegation’s full support and… Continue reading

Mr. President, My delegation would like to thank the Delegation of Solomon Island led by H.E. Mr. Milner Tozaka, Minister of Foreign Affairs and External Trade of Solomon Islands and thank them for their report. We noted the fact that Solomon Island has taken various measures in the promotion and protection of human rights based… Continue reading

Intervention by Indonesian Delegation at Interactive Dialogue with the Special Rapporteur (SR) on th...

Mr. President, My delegation would like to thank both Special Rapporteurs for their reports. On the right to food, in addition to several projects on women empowerment in Indonesia mentioned in the report, my delegation wishes to share other relevant policies and programs in my country. The Indonesian Government has issued Regulation No. 68 of… Continue reading 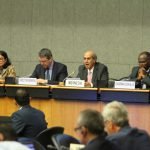 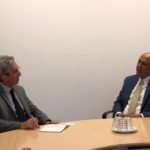 Mr. President, My delegation would like to extend our appreciation to the Delegation of Algeria for its constructive engagement in the third UPR cycle. Indonesia welcomes Algeria’s commitments in strengthening the rule of law, good governance, human rights and human development in the country. We commend Algeria’s efforts in adopting institutional, political and socio-economic reforms… Continue reading